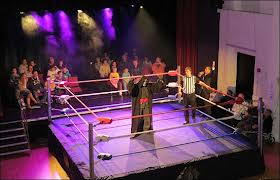 Poster Campaign for Ice Skating At Windsor Now in its 6th year at Alexandra Gardens, the Ice rink is open from 28th November 2015 until 3rd January 2016. Windsor On Ice offers a great value day out for all the family, regardless of the weather. We are the only temporary ice rink that has a […]

A-Z Poster Distribution have been busy doing the poster campaigns for Britain’s best new large circus Circus Zyair is proud to present a colourful and action packed two hour show with high energy acts from all over the world. The 2014 tour is a dazzling combination of circus, music and laughter. With a heated big […]

Once again A-Z Poster Distribution will be back in South London to do the poster campaign to promote George Irvin’s Wristband Theme-park on Clapham Common. This is a great value for money Easter spectacular family fair, with three sessions each day from 5th April right through to the 27th, […]

Here at A-Z Poster Distribution we have had a very busy January. Our poster campaigns have included many theatre shows including the exciting wrestling events promoted by LDN Wrestling.   Find an event near you https://www.ldnwrestling.com/events

Last year we advertised this fair but it was cancelled do to the bad weather and waterlogged site Back again after one year’s absence due to appalling weather that will not be repeated (please!) is our ever popular annual fair at Hampton Court Palace Green. So be like Anne Boleyn, and head down here to […]

Crystal Palace Funfair Poster Campaign Back doing the poster campaign for George Irvin’s Funfair at the historic Crystal Palace site with the best views all over London, this super value family fair opens on 28th March and closes again on 31st, but don’t worry they only close because the schools are open, but re open […]